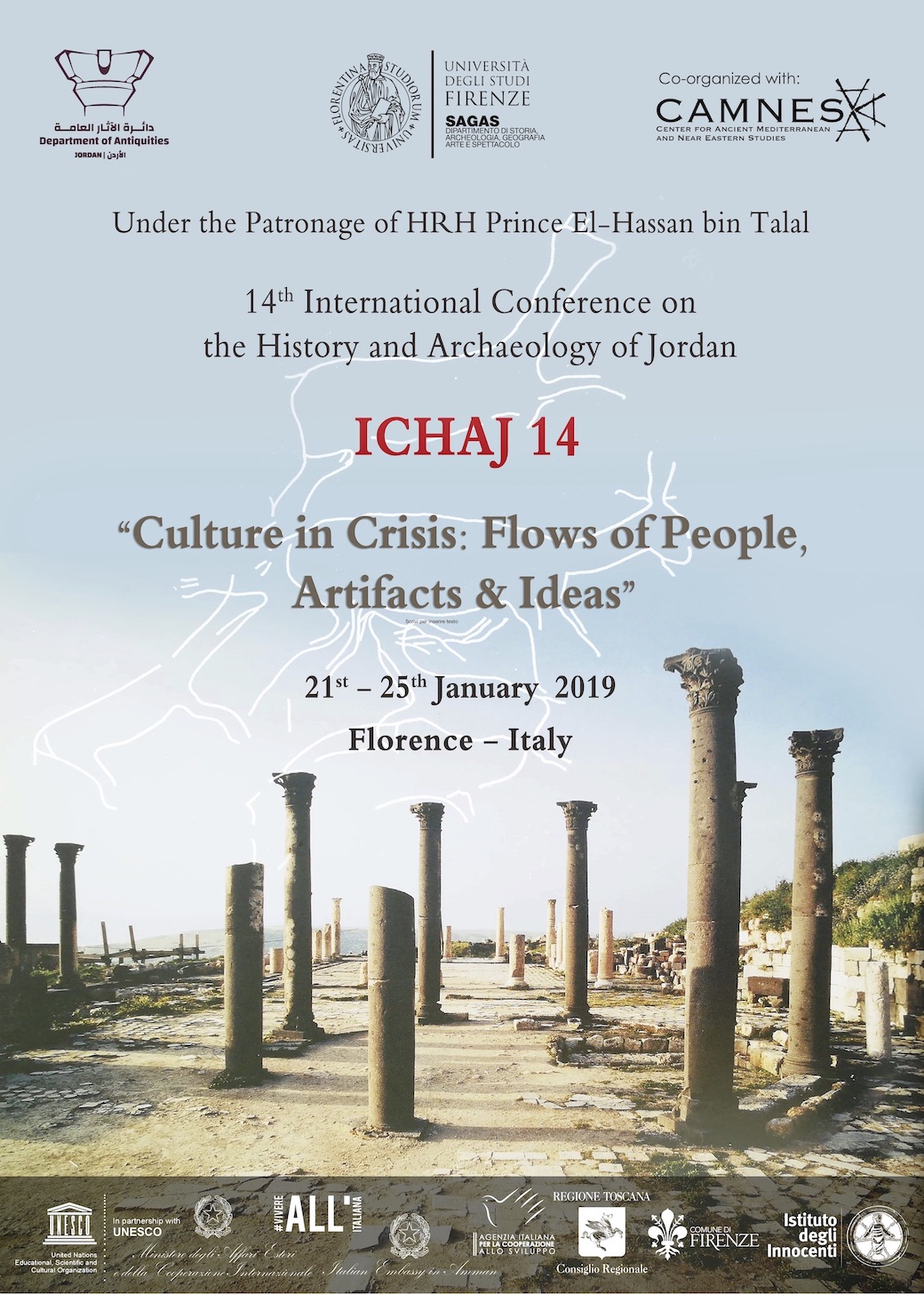 "Culture in Crisis: Flows of Peoples, Artifacts and Ideas"

14th International Conference on the History and Archaeology of Jordan


The Department of Antiquities of Jordan and the University of Florence are pleased to announce the 14th International Conference on the History and Archaeology of Jordan, which will be held in Florence, Italy, from the 21st to the 25th of January 2019.

The ICHAJ conference, organized every three years, is an event of primary importance for the scientific community of archaeologists and historians who, at an international level, are interested in Jordan, the Middle East, the Mediterranean and the long-term Euro-Mediterranean cultural relations. The first ICHAJ conference was held in Oxford in 1980, as an initiative of HRH Prince Hassan bin Talal, one of the world's leading intellectuals of the Arab world, under whose patronage the conference continues to be organized.

Since 1980, the ICHAJ conference has been hosted in the major cultural capitals and in the most important research institutes of the world. The Florence edition in January 2019 is preceded by the editions in Amman (2016 - Princess Sumaya University), Berlin (2013 - Humboldt Universitat), Paris (2010 - University Paris- 1 Panthe?on-Sorbonne) and Washington (2007 - George Washington University).

The ICHAJ conference aims at highlighting the role played by the historical communities attested in Jordan in the development of the Euro-Mediterranean and Near Eastern Civilizations. The theme chosen for the 2019 edition, “Culture in Crisis: flows of People, Artifacts and Ideas”, adds

value to the scientific commitment to interpret ‘crisis’ as an accelerator of historical processes and as a release and spread of creative energy among social/cultural groups. In this framework, the ICHAJ aspires to integrate scientific knowledge and the civilizing mission of science as a tool for regional and global participation, and to contrast all instrumental and propaganda uses of history.