The figure of the god Osiris is paradigmatic of the ancient Egyptian culture, connected with both kingship and religion, state and myth, whose analysis continues to shed light on paramount aspects of the Egyptian world as well as providing new perspectives on its multifaceted culture. This volume collects the papers presented during the “Rethinking Osiris” International Conference that took place in Florence, Italy, from the 26th to the 27th of March 2019. The contributions reflect the variety and complexity of the Osiriac concept discussed during the conference, providing the foundation for fresh avenues of interpretation and introducing new viewpoints from which to reconsider Osiris’ pivotal and manifold functions, which attracted so much interest during the millennia as well as rethinking the Osiris phenomenon at the dawn of the Third Millennium.

CONTRIBUTI
Massimiliano FRANCI, Introduction; Mark SMITH, Following Osiris: New Perspectives for the Twenty-First Century; Nils BILLING ‘Meryre has come to you, Horus, so that you may make it for him, this great and perfect speech that you gave to Osiris’. Ritual identification of the king with Osiris’ in the pyramids of Unas and Pepi I; Mariano BONANNO, A New Osirian Solar Epithet in TT49? Considerations about the nocturnal sun in the chapel; Sara CARAMELLO, Osiris, the Aramaeans, and the Water; Maria Cristina GUIDOTTI, Unpublished images of Osiris in the Egyptian Museum of Florence; Nadine GUILHOU, Osiris and the Heavenly Bodies; Dagmara HałaDaj, Scenes and symbols of Osirian character in the iconography of Twenty-fifth and Twenty-sixth Dynasty coffins from Thebes; Francesca IANNARILLI, The Nubian Osiris: traditions and elaborations of the Osiris’s cult in the Kushite culture; Ilaria INCORDINO, Osiris in Byzantine Egypt? Possible reminiscences of Osirian themes in pottery decoration from Manqabad monastery (Asyut); Eid MERTAH, Studying polychromed bronze statues of Osiris: a methodology; Irene MORFINI, Milagros ÁLVAREZ SOSA, A New ‘Osiris Tomb’ in Sheikh Abd el-Qurna – Luxor: From Myth to Architecture, Andrzej NIWIŃSKI, Osiris on the 21st Dynasty cofins; Massimiliano NUZZOLO, The Appearance of Osiris. A case of royal patronage or a bottom up process?; Gyula PRISKIN, The 104 amulets of Osiris at Dendera; Valentina SANTINI, The role of Osiris During the Amarna age: From Texts to Depictions; Marina SARTORI, Osiris and the (lotus) fan. On the birth of a rare iconographic association; Uta SIFFERT, Osiris—the Mummy par excellence? Investigating the iconography, development and function of the Mummy shape during the Middle Kingdom.
Info 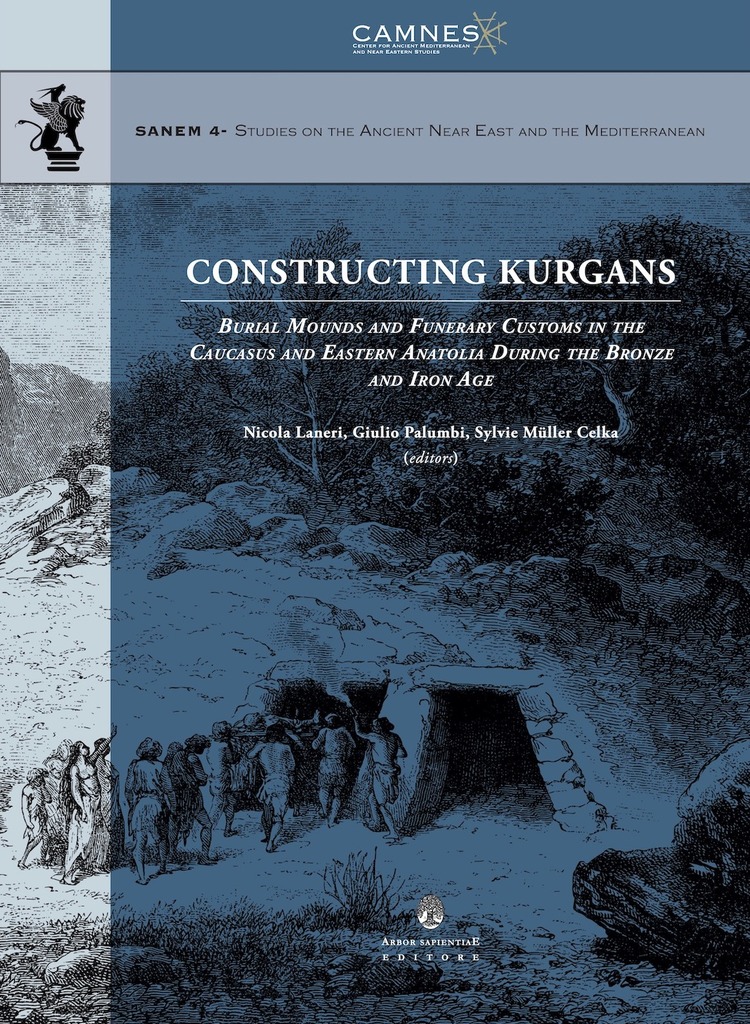 Located between the Caucasus, the Syrian-Iraqi border, south-eastern Anatolia and western Iran, the upper Tigris River region lies at a crucial intersection between Anatolia and Mesopotamia and became, since the early Holocene, a focal point in human history. There, communities during the Neolithic period experienced vibrant local developments. During the Uruk expansion in the 4th millennium BCE, the region played a key role in the relations between southern Mesopotamian societies and Anatolian people. The region served as a site of contact between commercial and imperial forces throughout the Bronze and the Iron Ages when it was highly affected by the contacts led by the Assyrians with the northern local political entities. By the end of the 1st millennium BCE, the region had become the location where “East” and “West” met.
Despite its central role in the evolution and history of the Near East, until the late 1980’s the valley was terra incognita in terms of archaeological research. The start of archaeological projects in the region was due to the planned construction of a series of dams along the upper course of the Tigris. The aim of this study is to connect all the data collected from the rescue survey projects carried out in the last decades with those available from the archaeological excavations and to focus on the changes in settlement patterns throughout the millennia. This volume is an attempt to organize our knowledge over the upper Tigris River valley, in light of the last decades of research, and as a reassessment of the available archaeological data according to the topographic method, under a diachronic perspective.
Info STUDIES ON THE ANCIENT NEAR EAST AND THE MEDITERRANEAN

STUDIES ON THE ANCIENT NEAR EAST AND THE MEDITERRANEAN 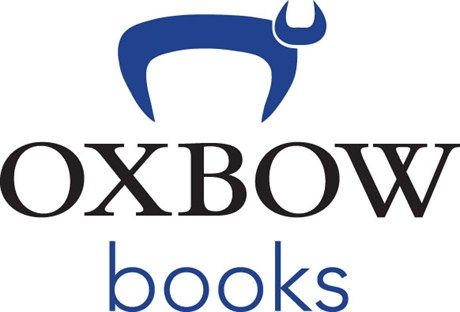 Direttore editoriale:
Nicola Laneri
Comitato Editoriale:
Ian Hodder, Peter Dubovsky, Francesco D’Andria, Alessandro Naso, Pascal Butterlin, Aren Maier, Julia Shaw, Salima Ikram, James Brown, Paolo Matthiae
Introduzione:
During the last decades, the search for religious materiality has strongly increased among scholars interested in analyzing religious beliefs in both ancient and contemporaneous societies. In particular, since the publication of Renfrew’s identification of archaeological correlates of religious practices in 1985, archaeologists have increasingly rectified the epistemological trajectory identified by Hawkes in which the reconstruction of ancient forms of religiosity appears as an impossible task for the archaeologists.
Such a material approach to ancient religiosity follows that path traced during the last decades in the field of the anthropology of religion as well as in other fields of religious studies, because as Engelke points out (2013: 212), an idealist approach to religions that focuses mainly on the ‘beliefs’ and puts aside the material and practical part of religious beliefs does not have a long life because  ‘essence needs stuff, [and] spirit demands matter.’
With this perspective in mind, it will be main goal of this series to broadly investigate archaeological contexts in which clear correlates of religious practices and beliefs (e.g., visual, architectural, sensorial, textual) were unearthed. In so doing, the series will publish works dedicated to a specific topic (e.g., sacred spaces in the Ancient World, the destruction of religious material culture, sacrifice and the numinous) proposed by either the editor or by one of the members of the scientific committee. In some circumstances and, if the scientific committee will find it fitting with the series objectives, the series volume will represent either an edited volume of conference proceedings or a single authored monograph.

THE SACRED BODY
Materializing the divine through human remains in antiquity

Oxbow Books, 2021
The human body represents the perfect element for relating communities of the living with the divine. This is clearly evident in the mythological stories that recount the creation of humans by deities among ancient and contemporaneous societies across a very broad geographical environment. Thus, parts of selected human body parts or skeletal elements can then become an ideal proxy for connecting with the supernatural as demonstrated by the cult of the human skulls among Neolithic communities in the Near East as well as the cult of the relics of Christian saints.
The aim of this volume is to undertake a cross-cultural investigation of the role played in antiquity by humans and human remains in creating forms of relationality with the divine. Such an approach will highlight how the human body can be envisioned as part of a broader materialization of religious beliefs that is based on connecting different realms of materiality in perceiving the supernatural by the community of the livings. Case studies on ritual aspects of funerary practices is presented, emphasising the varied roles of body parts in mortuary rituals and as relics. Other papers take a wider look at regional practices in various time periods and cultural contexts to explore the central role of the corpse in the negotiation of death in human culture. 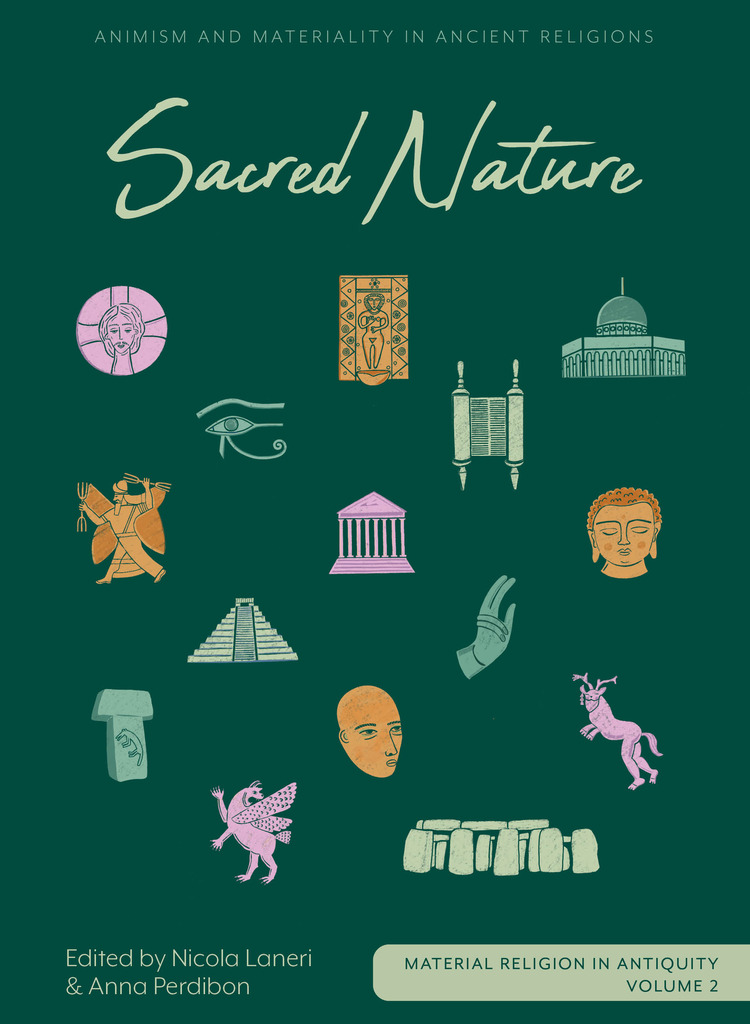 Oxbow Books, 2022
Sacred Nature: Animism and Materiality in Ancient Religions is the second volume of the series Material Religion in Antiquity (MaReA). The book collects the proceedings of the international online workshop carrying the same title organized by CAMNES, SoRS on 20–21 May 2021. Sacred Nature brings together the perspectives of scholars from different disciplines (archaeology, anthropology, iconography, philology, history of religions) about the notions of nature, sacredness, animism and materiality in ancient religions of the Old and the New World. The contributions highlight various ways of understandings the relationships that occurred between human beings, animals, plants, rivers, deities and the land in the religious life of ancient societies. In particular, each chapter explores entangled aspects of the perception of nature and its other-than-human inhabitants, and contributes to readdress some notions about nature, personhood/agency, divinity/sacrality, and materiality/spirituality in ancient religions and cosmologies. In this line, the book seeks to promote a starkly inter-disciplinary and religious-anthropological approach to the definition of ‘sacred nature’, especially engaging with the analytical category of animism as a fruitful conceptual tool for the investigation of human-environmental relations in the ancient religious conceptions, representations and practices. Dialoguing with animism and drawing upon the question on how an ancient religion happened materially, the volume presents key case studies that explore how nature and its non-human inhabitants were understood, represented, engaged with and interwoven in the sacred and sensuous landscapes of ancients.

CONTRIBUTI
Introduction: Sacred Nature: Animism and Materiality in ancient Religions, Anna Perdibon and Nicola Laneri; 1. Before Nature: perspectives from new animist world-making, Graham Harvey; 2. Watercraft as Assemblage in the Western Arctic, Erica Hill; 3. Between Realms of Being: Signs of Liminality in Ancient Altai Stone Monuments, Esther Jacobson-Tepfer; 4. In Mantic and Hostile Lands: Surveillance and Mimesis by Divination in the Late Old Babylonian Period, Seth Richardson; 5. Nymphs or trees? Some remarks on the “animistic” interpretation of Homeric hymn to Aphrodite, Doralice Fabiano; 6. The dawn of the Potnia. Reception and reinterpretation of an archetypal model in protohistoric peninsular Italy, Valentino Nizzo; 7. Responsibilities, Obedience, and Righteousness: Other-Than-Human Creatures in the Hebrew Bible, Mari Joerstad
Info NAIRI LANDS
The Identity of the Local Communities of Eastern Anatolia, South Caucasus and Periphery during the Late Bronze and Early Iron Age
A Reassessment of the Material Culture and the Socio-Economic Landscape
(Vol. 1 printed; Vol. 2 on-line catalogue)
Guido Guarducci

Oxbow Books (Oxford & Philadelphia), 2019
This study analyses the social and symbolic value of the material culture, in particular the pottery production and the architecture, and the social structure of the local communities of a broad area encompassing Eastern Anatolia, the South Caucasus and North-western Iran during the last phase of the Late Bronze Age and the Early Iron Age. This broad area is known from the Assyrian texts as ‘Nairi lands’. The second part of the study, furnishes a reassessment of pottery production characteristics and theories, as well as of the socio-economic structure and issues, tied to the sedentary and mobile local communities of the Nairi lands. The study brings into focus the characteristics, the extension and the distribution of Grooved pottery, along with other pottery typologies, by providing an accompanying online catalogue with detailed descriptions and high-resolution images of the pots and sherds obtained from public and private institutions in Turkey and Armenia. Moreover, the socio-political organisation and subsistence economy issues are addressed in order to advance a possible reconstruction of the social structure of the Nairi lands communities. Particular attention is devoted to the pastoral nomad component and the role played within the Nairi phenomenon. The study includes a very large corpus of text images and high-resolution color images of the pottery of the area under examination, gathered by the author in order to offer a reliable tool and compendium.
Info