BuNEER: Bulletin of Near Eastern Excavations and Research 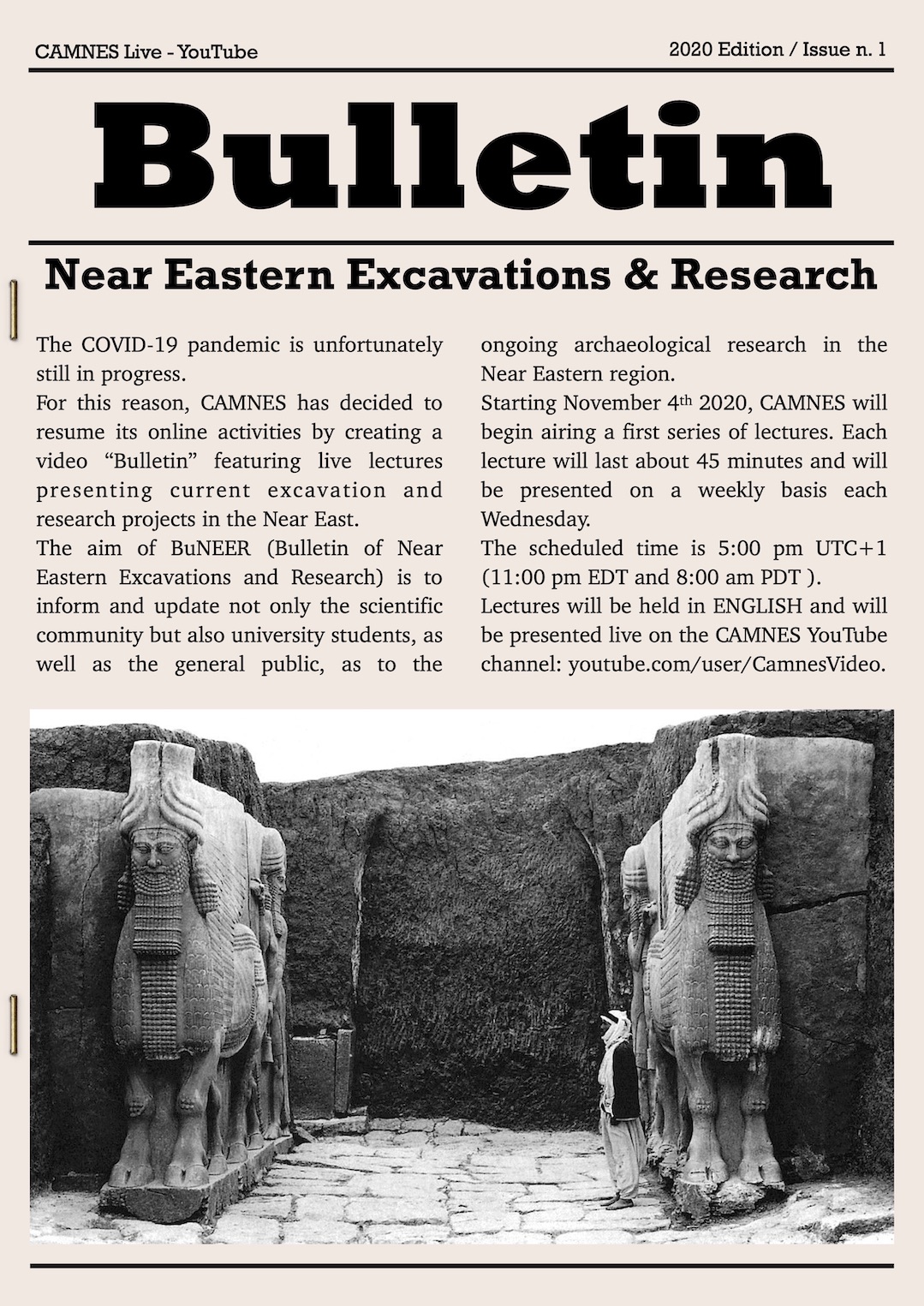 ABSTRACT
The GaRKAP (i.e., Ganja Region Kurgan Archaeological Project) is a joint Azerbaijani-Italian project in western Azerbaijan that investigates the spread of the tradition of burying the dead in funerary chambers covered with circular tumuli (i.e., kurgans) in the southern Caucasus during a period ranging from the fourth to the first millennia BCE. This conference will present the results of the first two seasons (2018 and 2019) of the archaeological work performed in the two regions investigated by the project that are: the area directly north of the modern city of Ganja (i.e., the northern section of the Heydar Aliyev Park), where numerous kurgans of the Late Bronze/Early Iron Age are located; and, the steppe region of Sadili-Uzun Rama along the valley of the Kurekçay, a creek affluent of the Kura river in the Goranboy district, where the preliminary reconnaissance survey has identified ca. 205 kurgans dating back to the Kura-Araxes period as well as to a Late Bronze/Early Iron Age archaeological phase.

ABSTRACT
Excavations of ancient Urkesh have been on halt for the last nine years, but another kind of Urkesh has emerged during this time of crisis, It is in the first place an Urkesh that has been re-embedded in modern consciousness, through an extensive project of community archaeology, and it is, in the second place, an Urkesh that has been transposed into a new kind of digital existence. We will present both aspects, with special emphasis on the innovative Urkesh Global Record which proposes a methodological approach whereby excavation and publishing are merged into a single process.

"New lights on a Proto-Urban society of the Southern Levant: last results of the Italian-Spanish Archaeological Expedition to Jebel al-Mutawwaq, Jordan"

ABSTRACT
The paper will present the results of the last year of excavation to the Early Bronze Age I site of Jebel al-Mutawwaq. The site, located on the top of a mountain along the Middle Wadi az-Zarqa Valley, is characterized by a huge megalithic necropolis, composed by hundreds of dolmens. The funerary areas are located all around a 18 hectares walled settlement, extended along the southern slope of the mountain and organized in three sectors. The village shows a clear early urban planning, with streets, production areas, cultic areas and architectural differentiation of the domestic units. The investigations in the areas of the necropolis had revealed several informations about the social and economic organization of the community living in the nearby settlement at the end of the 4th Millennium BCE. New archaeological, anthropological and paleobotanical data coming from the last two seasons of excavations will be included in the paper.

"The biography of a Phoenician cult place: Kharayeb from the quarries to the KAM Museum "

ABSTRACT
The aim of this presentation is to illustrate the extensive life cycle of the Phoenician sanctuary of Kharayeb. The time frame that I intend to cover stretches from the Iron Age/Persian period when worship took place in structures made of perishable materials to the Hellenistic phase when stones were taken from quarries near the sanctuary to construct the main building. I will also put forward a reconstructive hypothesis of what the main building originally looked like and focus on the rituals practiced therein, such as the dedication of votive figurines and miniature pottery. Finally, I will explain how the ancient cult place, today known as mataaf, is being evaluated as the possible location for a new Museum, the KAM (Kharayeb Archaeological Museum).

"The development of complex societies in northern Mesopotamia during the Late Chalcolithic period. A view from the Erbil plain"

ABSTRACT
The Italian Archaeological Mission in the Erbil Plain (MAIPE) of the University of Milan investigates the sites of Helawa and Aliawa located in the south-western area of the Erbil plain (Region of Iraqi Kurdistan). Archaeological research has brought to light a sequence of occupation -starting at least nine thousand years ago- from which is possible to reconstruct the history of this territory of northern Mesopotamia, and document the transition from the Neolithic villages of farmers to the first forms of complex society of the Late Chalcolithic.

ABSTRACT
During the first months of 2020 the members of the HaSSP, Hatra Statuary Salvage Project (CAMNES), worked for several weeks in the halls and storerooms of the Iraq museum in Baghdad to catalogue, document and reassemble the Hatra's sculptures including those destroyed by Daesh. Here is stored the most important and representative group of statues for the Parthian period (2nd century BCE-3rd century CE), an endangered heritage that needs to be protected and promoted within the local and international community.

This presentation describes the aims and current results of a landscape archaeology project in what is today the Kurdistan Region of Iraq, but was 3000 years ago the core of the Assyrian empire. I will briefly describe the field of landscape archaeology and its applications in the Ancient Near East before turning to the Erbil Plain Archaeological Survey, a Harvard-led research project which is describing the landscape of the core of empire. The project aims to test the veracity of Biblical and Assyrian accounts of landscape and demographic transformations under the agency of generations of kings. The project’s methods include textual analysis, satellite and aerial remote sensing, and field survey. I will review the results of the project since its inception in 2012, with special focus on the landscape transformations under the Assyrians, but I will also describe the Erbil Plain during the Uruk Expansion, its urbanization in the EBA and MBA, the demographic collapse under the Seleucids, the remarkable urban resurgence under the Parthians/Arsacids, and the low-density monastic (?) settlements under Sasanian rule.