BuNEER 2: Bulletin of Near Eastern Excavations and Research 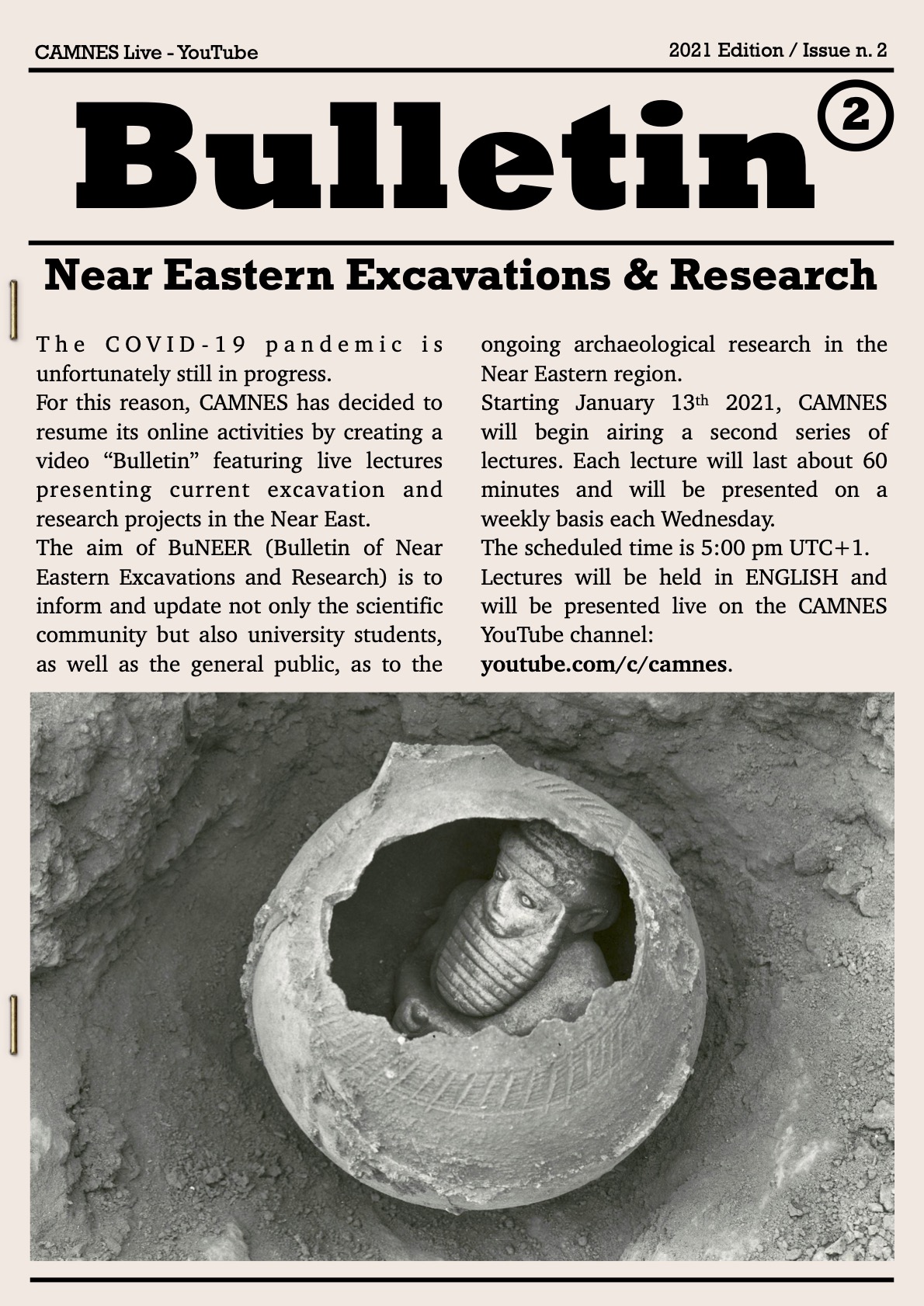 
Aaron A. Burke
Department of Near Eastern Languages and Cultures, University of California, Los Angeles

ABSTRACT
Recent interest in climate and environmental studies within archaeology have addressed various dimensions of interactions between humans and their environments. From these studies various cases of substantive demographic change are emerging, some of which appear to have been the result of climate-induced migrations. Among such examples are the Amorites in the ancient Near East. Their migration is tied to the onset of the Meghalayan, a long period of arid conditions that held sway in the Near East from 2200 to 1900 B.C. As a result of survey, excavation, and textual data, it is now possible to identify and quantify the scale of this migration by Amorites from the arid margins of the Fertile Crescent during the late third millennium B.C. Furthermore, the relocation of Amorite communities can be shown to have contributed to long-term social and political change in Mesopotamia, the Levant, and even Egypt, which endured well into the second millennium B.C.

"Ayanis “Rusahinili Eidurukai”. The Last Great Castle of the Urartu Kingdom. A General Review of the Works in the Last Thirty Years"

ABSTRACT
Between the 9th and 7th Centuries BC, the Urartian kingdom, which ruled across an immense geographical region, including today’s Eastern Anatolia, Armenia and Northwest Iran, established its capital city at Tušpa (Van Fortress), and was a particularly strong presence along the eastern shores of Lake Van. In the last period of the kingdom, an important Urartian centre arising from these shores was the city of Ayanis, which was founded by the Rusa (III?), son of Argišti one of the last Urartian kings who revived the kingdom in terms of military power, and architectural works. Rusa, son of Argishti, who managed to stand out among the Urartu Kings who made many reforms during this period, built at least 5 large castles / cities in the Lake Van basin. The city was named after him: “Rusahinili Eidurukai (Foundations of Rusa before of Mount Eiduru)”. The data obtained from archaeological excavations which have been carried out over the past 30 years make very important contributions to Urartian archaeology. The city, which was destroyed by a great earthquake, was almost sealed with the collapse of monumental mudbrick structures and became unusable again. Therefore, the city has managed to reach to the present day with the original artifacts. Ayanis Castle confronts us with many problems besides its rich cultural inventory. It is aimed to present the data obtained from the excavations at Ayanis site and the discussions related with them in this study.

ABSTRACT
Founded in 1998, the Joint Armenian-American Project for the Archaeology and Geography of Ancient Transcaucasian Societies (Project ArAGATS) has spent over 20 years examining the dynamics of communities in the South Caucasus from the Bronze Age to the Medieval era.  With its primary focus on the Tsaghkahovit Plain and Kasakh Valley of central Armenia, Project ArAGATS has developed a detailed account of regional histories and chronologies, local settlement dynamics, and the shifting institutional structure of social life.  This presentation will provide an overview of Project ArAGATS's research, setting it in the context of the history of Armenian archaeology and sketching the links between transformations in the region and those in surrounding areas of the ancient Near East.

"Northern Iraqi Kurdistan between the Assyrian Empire and Alexander the Great. The Land of Nineveh Archaeological Project"

ABSTRACT
This talk presents goals, methods and results of the Land of Nineveh Archaeological Project conducted by the University of Udine in the Duhok area of the Kurdistan Region of Iraq. The presentation describes the occupation of the region from the third to the first millennium BC as reconstructed through the extensive regional survey launched in 2012 and excavations at the sites of Gir-e Gomel and Faida. A particular focus is devoted to the settlement landscape imposed on the region during the Assyrian period, when the area was located in the hinterland of the last two capitals of the Assyrian Empire, Khorsabad and Nineveh, and to the emergence of Alexander the Great’s Empire after his victory on King Darius III at Gaugamela/Gir-e Gomel.

"Crusader-Ayyubid and Mamluk settlement in southern Jordan. Recent results from the Italian Archaeological Mission in Petra and Shawbak"

ABSTRACT
Southern Jordan in medieval times shows an extremely rich cultural environment, in the Euro-Mediterranean context. The area was selected by the Crusader kings of Jerusalem since 1100 as a strategic Latin outpost for the control of long-distance road networks connecting Syria, Palestine and Egypt, and was therefore settled with an impressive castle system, centered on Petra (or, better, its ruralized remains) and Shawbak. Crusader settlement was followed and re-contextualized by and within Islamic powers after 1189, with the transformation of Shawbak into a regional urban capital by the Ayyubid and Mamluk regimes. A status quo that lasted until the early Ottoman period, when the whole area loses its strategic role and reverts to agro-pastoral ruralization. Florence University research, since 1986, documented this unique territorial history that ultimately links with the making of the Hashemite Kingdom of Jordan, in the 20th century. The presentation will focus on the main archaeological testimonies grounding the times and modes of medieval settlement and landscape transformations in the region, with reference to the most recent results of our research.

ABSTRACT
At 109 hectares, Kurd Qaburstan is one of the largest Bronze Age sites on the Erbil Plain of Kurdistan, northern Iraq.  Since 2013, fieldwork at the site has been conducted by the Johns Hopkins University.  Excavation and geophysical survey have revealed that the site was a major city of the Middle Bronze Age, perhaps to be identified with ancient Qabra, capital of a local kingdom.  The site retracted in the succeeding Late Bronze (Mittani) period but also yielded significant data.  This presentation will discuss some of the most important results of the field campaigns, reviewing the configuration and temporal changes of a northern Mesopotamian city of the second millennium BC.

ABSTRACT
Although mummification was a crucial part of funerary preparations for Egyptian elites throughout Egyptian history, many questions still remain as to how mummies were made at different points in Egyptian history. In addition to studying mummies and classical and Egyptian texts, Embalming deposits are a key to understanding mummification. This talk presents a new embalming deposit found by the South Asasif Conservation Project, directed by Elena Pischikova, and explains what it tells us about mummification in the 26th Dynasty.

ABSTRACT
Tell Zurghul, the ancient Sumerian Nigin in the ancient State of Lagash, is currently excavated by a joint Italian archaeological expedition of Sapienza University of Rome and University of Perugia since 2014; in 2019, SBAH of Baghdad granted the expedition with an extension of the permission for archaeological research and study for the period 2019-2021. We herewith present the results of the most recent excavation campaign carried out in autumn 2019, the outcomes of the ongoing investigations of the geomorphological features of the site and neighbouring area (with a special focus on the presence of marshes and artificial excavations of canals) and the study of related material culture, faunal and botanical samples.