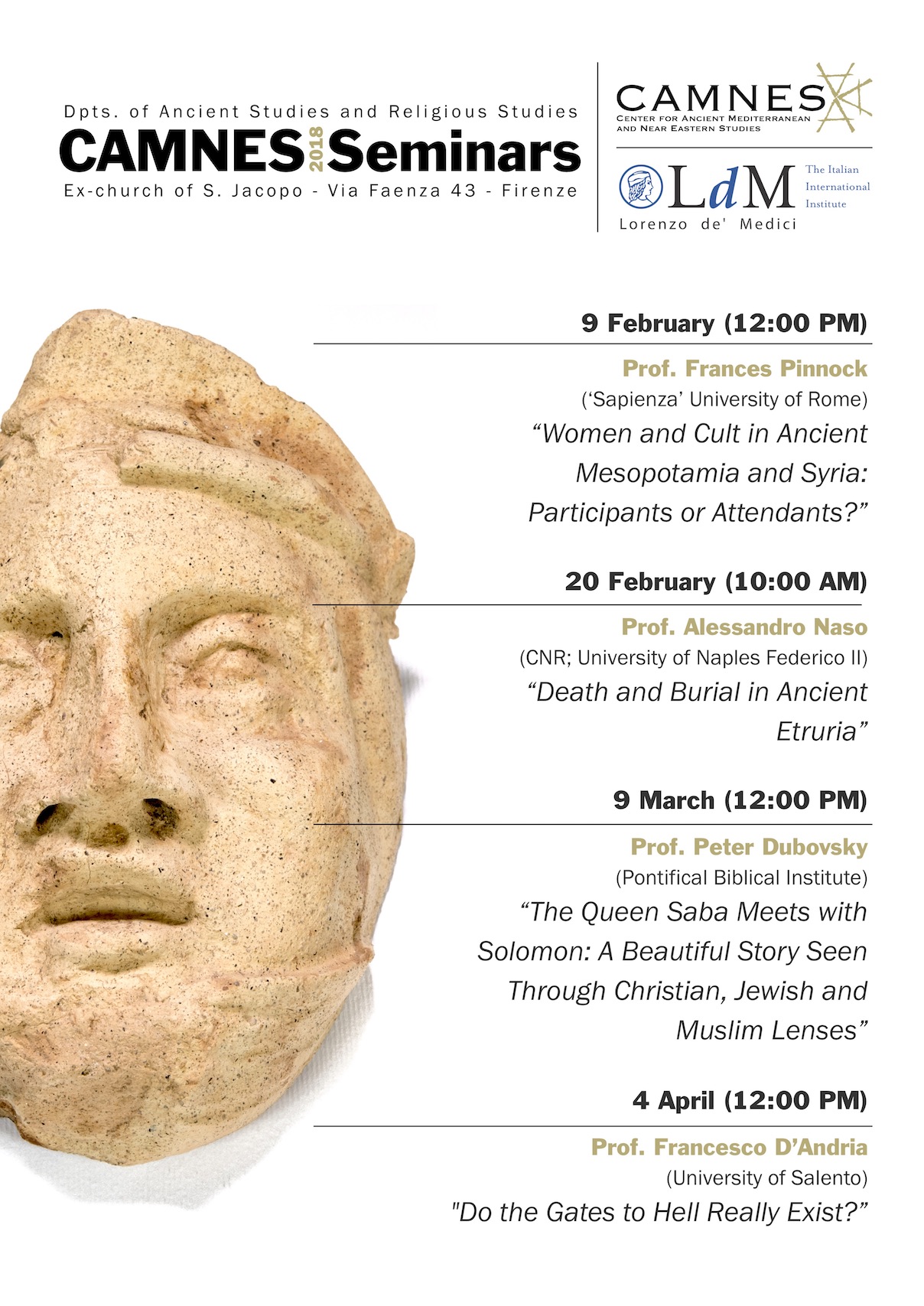 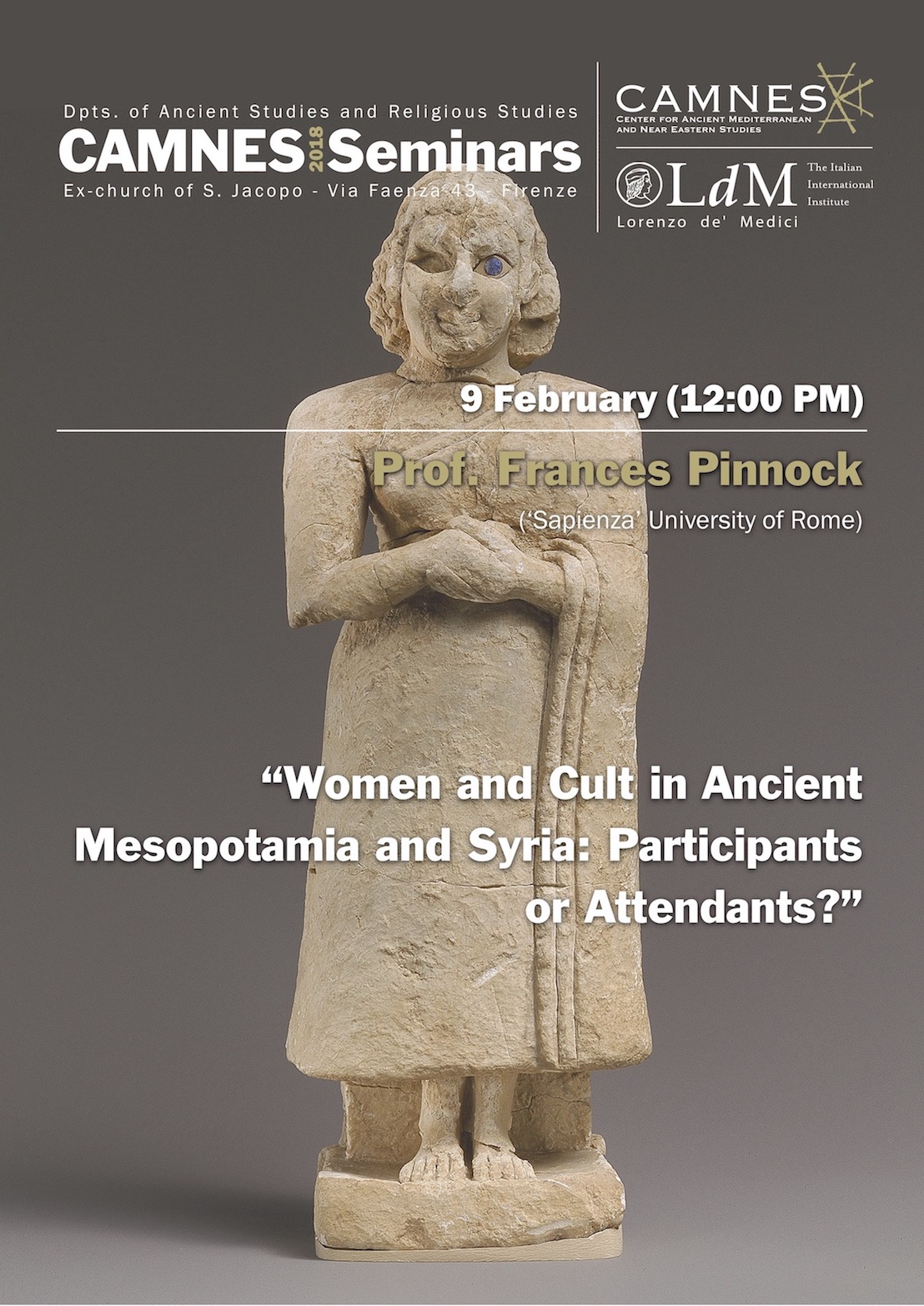 “Women and Cult in Ancient Mesopotamia and Syria: Participants or Attendants?” 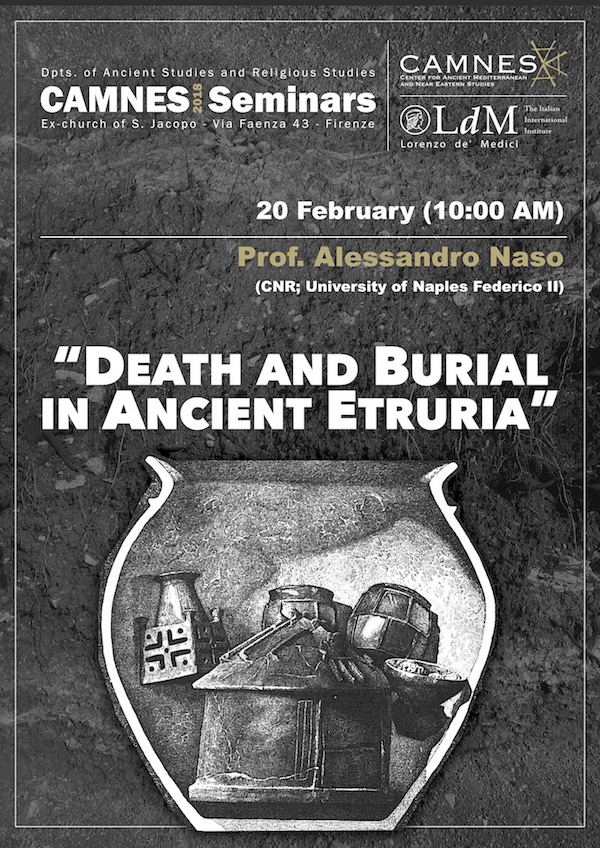 “Death and Burial in Ancient Etruria”

Cemeteries are our greatest source of knowledge of the Etruscans, because the Etruscan elite furnished their tombs very richly, a “barbarian” custom that they adopted throughout their civilization, from the second half of the eighth century BCE onward. The three major arts—sculpture, architecture, and painting—were developed mostly for use in burials. Although (or because) this constitutes a huge amount of information, a detailed study of death and burial in Etruria is still lacking; the various reviews of aspects of the whole subject, usually involving a single site or a particular period in history, show that the development of a funerary ideology is closely connected to contemporary religion and society. Funerary ideology is a traditional and conservative matter. Up-to-date analyses of single sites specifically concern the Iron Age and the Orientalizing period, while the more complex Archaic and Late Archaic periods are less well known. From the Classical period onward the emergence of a precise view of the underworld can be followed, influenced by Greek conceptions of its geography: the ferryman Charon, ferrying the dead across the river Acheron to the hereafter, was adopted as Charun in Etruscan culture, where further male and female demons of their own peopled the underworld. 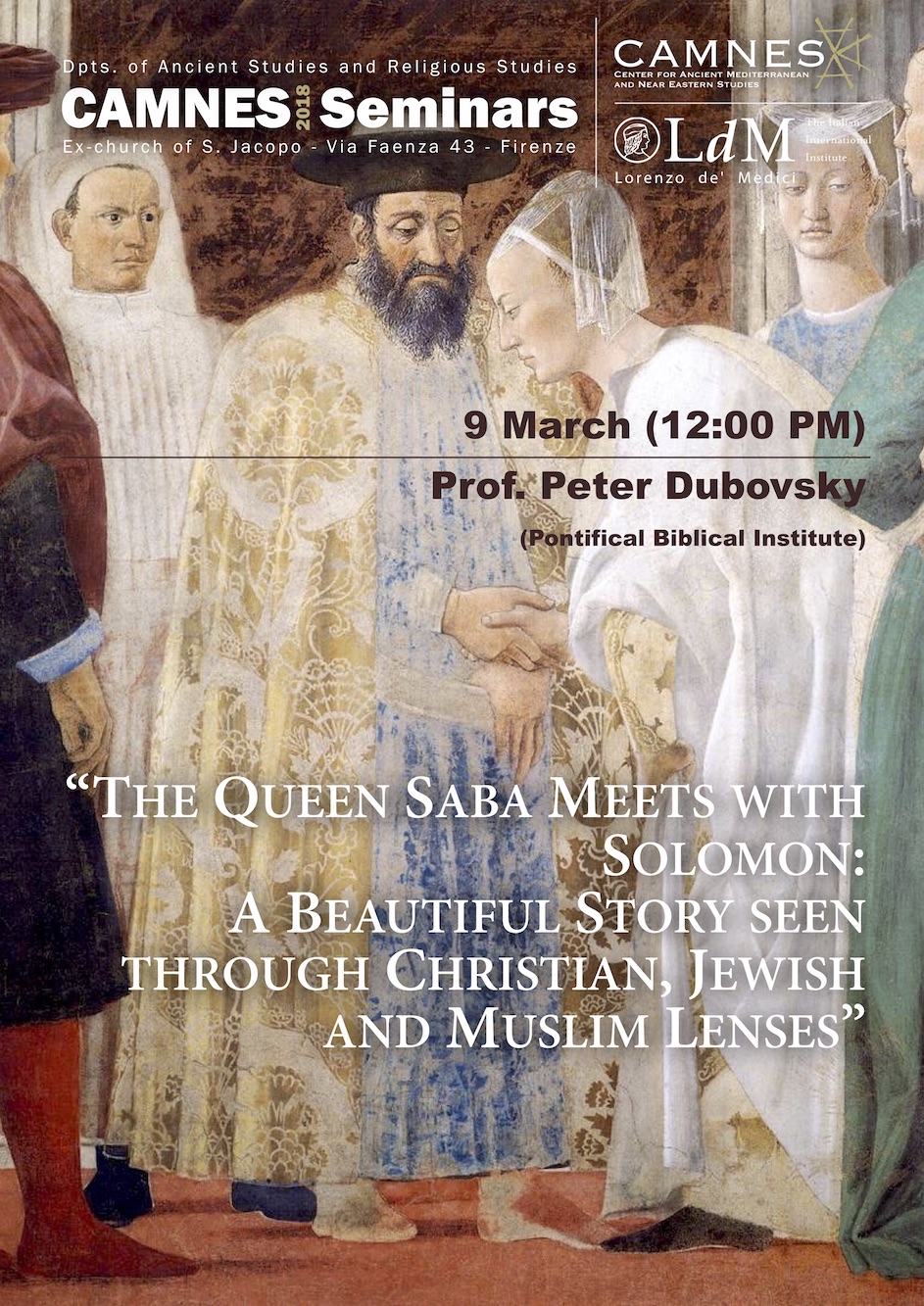 “The Queen Saba Meets with Solomon: A Beautiful Story Seen Through Christian, Jewish and Muslim Lenses”

This paper will investigate the story described in 1 Kgs 10. My paper will start with the historical, exegetical, and linguistic background of the story and then we will go through the reception of the story in three major traditions. 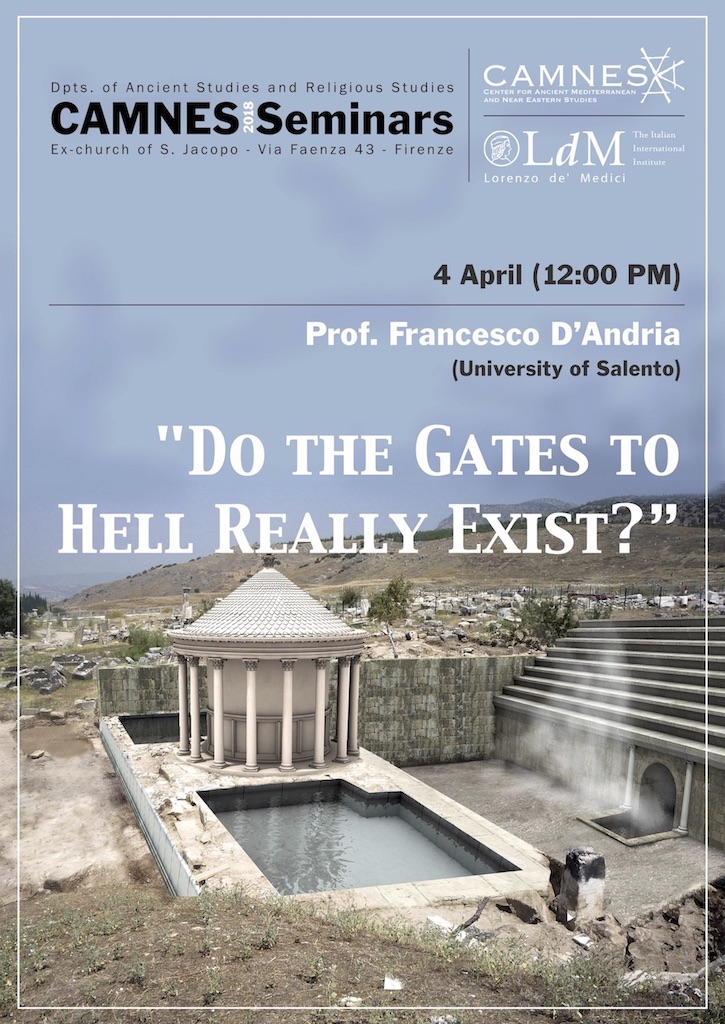 "Do the Gates to Hell Really Exist?”

The lecture represents a journey about the myth of the Door of the Underworld in literature, the visual arts and music, in light of the archaeological discoveries that have allowed archaeologists to recognize in the ancient site of Hierapolis (near Pamukkale in western Turkey) a sanctuary dedicated to the god of the underworld Pluto/Hades indicated as “Ploutonion” by the ancient Greeks and Romans. It was built over a cave in which a thermal spring and deadly fumes of carbon dioxide (i.e., CO2) occurred. During his lecture, Prof. D’Andria will also analyze images of the medieval and Renaissance cycles of Italian art (Lorenzetti, Mantegna) associated with the description of the underworld and then he will move on to the myth of Orpheus and his journey to the underworld described by the music of Monteverdi and Gluck. The theme of the relationship between natural phenomena and myths and the impact that the mortal gases of the subsoil have had on the collective imaginary, in particular CO2. As evidenced by the novel written by Dan Brown “Inferno”, in antiquity as well as in the contemporary world, the production of CO2 is an extraordinary negative element that, for example, is at the base of contemporary global warming and the greenhouse effect.